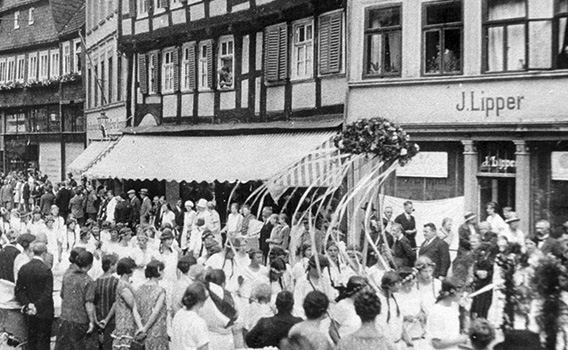 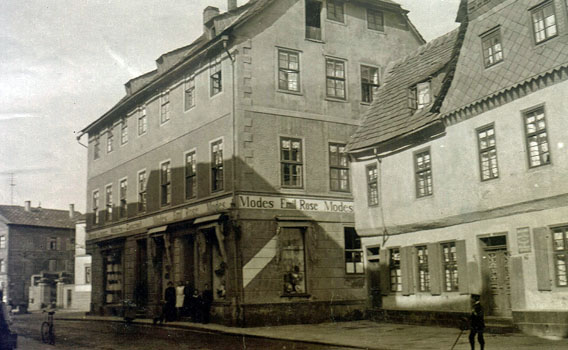 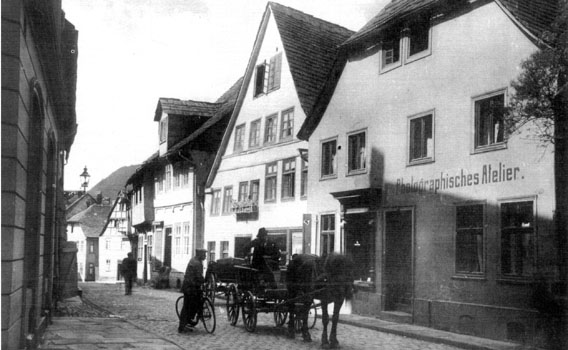 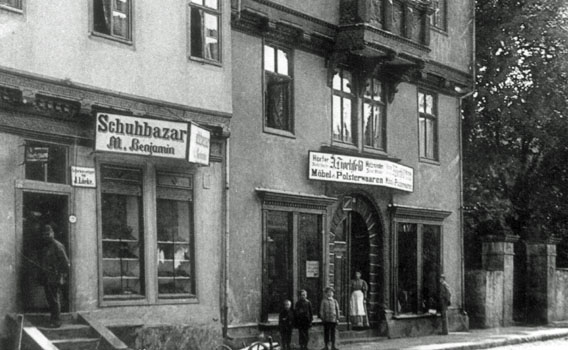 The Jewish Community in Höxter

The presence of Jews in Höxter can already be traced from 1384 by means of letters of temporary safe conduct for Jews. It is possible that this at first applied to individuals and families who might only have stayed in Höxter for a limited time. Certainly they lived there according to their own religious rules and customs, but they were and remained for centuries only tolerated inhabitants having inferior rights, until they were gradually recognised as equal citizens in the 19th century.

The sources do not indicate the time from which one can speak of a Jewish community in Höxter, the existence of which presupposes a permanent presence of Jews. From the 16th century at the latest, however, one can probably assume that a (small) Jewish community had been established in Höxter on a permanent basis, one which gradually increased. As at 1618 one can assume that there were approximately 30-48 people who were living in the Judengasse, a narrow street behind the [evangelical] Saint Kiliani Church, which may have been inhabited by Jews already since the middle ages. And around the middle of the seventeenth century there is reference to nine “protected” Jewish families, who could be reported for the slightest misconduct, as well as a few unlicensed ones subject to expulsion at any time.

Also as a religious community, the Jews in Höxter already emerge in the sources at this time. Thus in 1629 both a rabbi and a teacher are mentioned. And in 1661 the Jew Gottschalck sent a request to the council of the town of Höxter not to close the synagogue and school. For the second half of the 17th century and the whole of the 18th evidence is likely to continue to be found steadily, but those documents are still largely waiting to be evaluated.

It is only in the 19th century, with the gradual equality of the Jews, that the Höxter Jewish community emerges more markedly in the sources evaluated so far, for instance by the founding in 1823 of an association for the construction of its own synagogue, which would be obtained ten years later. In 1836 the Jewish community submitted a synagogue ordinance to the provincial government which, after being examined by Chief Rabbi Sutro, was accepted without significant changes. On this basis, two years later, the Jews in Höxter were able to elect a head and four deputies as their official representatives.

According to the Law on the Situation of the Jews in the Kingdom of Prussia issued on 23 July 1847, with which the Jewish communities at least received the character of public corporations under the supervision of the government, the synagogue communities were reorganised. The new statute, which was approved on 12 January 1854 by the Governor of Westphalia, remained in force until 1929, with supplements in 1855 and 1894.

Members of the synagogue community were all Jews living in the police district of the town of Höxter. Each independent and voting member had a duty to pay contributions and to take on an unpaid community office. The community agents were a nine-member assembly of representatives elected by the male electorate and a three-member board elected by those representatives to represent the community to the outside world.

The statute also laid down who had the right to vote and to stand for election. It regulated the education, the establishment and maintenance of the cemetery, the distribution of places in the synagogue, the care of the poor and sick, the management of the budget and treasury, etc.

This statute remained in force, as a whole, until the end of the Weimar Republic. From 1933 those in power successively issued a wealth of exceptional laws, ordinances, injunctions and orders against the Jewish population, which also increasingly restricted the independence of the Jewish communities. In 1938 the Jewish communities were finally demoted to registered associations. In Höxter the last board, consisting of the merchant Paul “Israel” Netheim, the veterinary Dr. Leo “Israel” Pins and the medical Dr. Richard “Israel” Frankenberg, applied at the end of 1939 for entry of the association into the register of associations as the “Jewish religious association of the Jewish community of Höxter”, which was terminated with the deportations of 1941/42.