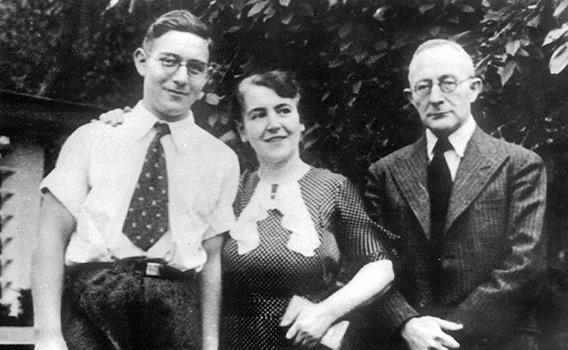 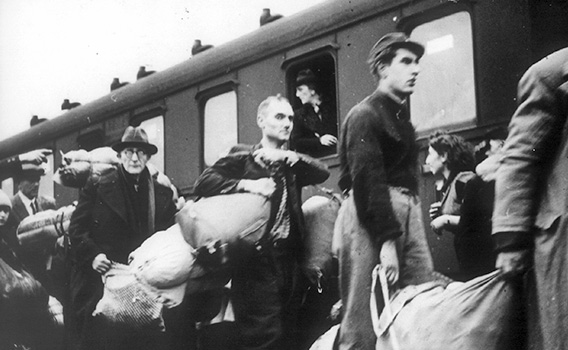 Ever since the 1880s a textile shop owned by the Lipper family (originally from Fuerstenau) has existed in Hoexter. It was owned by Jacob Lipper and his wife Emilie, nee Benjamin, who came from Horn. In 1910 the business was turned over to their son, Benno, a student of the KWG prior to 1900. Their youngest daughter, Ida, married the veterinarian Dr. Leo Pins. He was originally from Duelmen, studied in and graduated from the University of Leipzig and worked at the Physiological Institute of Muenster University. After his wedding he started his veterinary practice in Hoexter while his wife Ida ran the family textile business, her brother Benno having lost his life in a railroad accident in Brunswick early in the 1920s.

The marriage produced two children: Jacob Otto and Rudolph L. Pins, both of whom attended KWG. While the two sons were able to escape the Third Reich’s holocaust by emigrating to Palestine and the USA respectively, the parents Dr. Leo and Ida Pins were deported in 1941 from Hoexter to Riga, Latvia where they were murdered in July 1944. 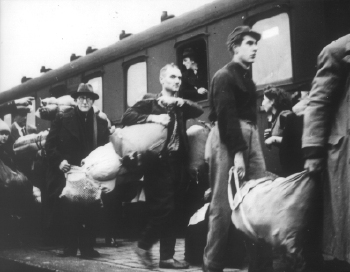 Dr. Leo Pins in 1941 during the deportation on the train station in Bielefeld
up / print
/ next Article >