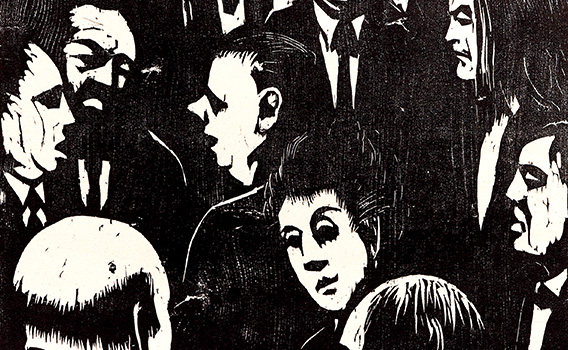 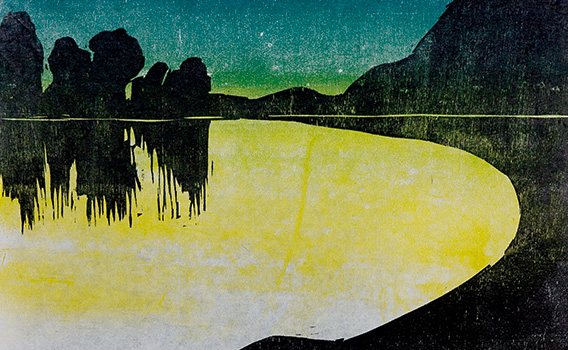 A unique cultural monument in the centre of Höxter

The Adelshof building had been decayed for 25 years until it was recently restored and has now become a unique cultural monument housing the works of the Höxter born Jewish artist Jacob Pins. The building is now a place of commemoration for the former Jewish citizens of Höxter who perished in the Nazi concentration camps.

Thanks to a great number of people who helped to carry out this huge project, the town of Höxter can be proud of the beautifully-restored building.

It all started with a donation from Jacob Pins. The former Höxter citizen fled to Palestine in 1936 at the age of 18, just in time to escape from the Nazi persecutions. His father, Dr. Leo Pins, was veterinarian in Höxter, and his mother, Ida Pins, nee Lipper, ran the family’s textile business. Jacob Pins attendet König Wilhelm Real Gymnasium (high school) until 1933.

After working in a Kibbuz for several years, he began to study art and became an internationally-recognized painter and wood engraver who had numerous exhibitions and got awards all over the world. In 1978, he was appointed Professor at the Bezalel Akademy of Art and Design in Jerusalem. Furthermore that he became a known collector and expert for East Asian Art.

In spite of the murder of his parents by the Nazi regime in Riga in 1944, Jacob Pins reestablished the contact to his native town Höxter. In 1988, he visited the “Jews in Höxter” exhibition on the occasion of the 50th anniversary of the so called Crystal Night. On one of the photographs on show about the deportation he recognized his father. In the following years, his interest in his native town became greater and developed into friendship.

In the year 2002, as a sign of reconsiliation, Jacob Pins donated a huge part of his work to his native town. Thereupon, the town of Höxter made him an honorary citizen, an honour that had already been awarded to him in 2003 by the town of Jerusalem. Jacob Pins died in Jerusalem on december 4th, 2005.

By accepting Jacob Pins’ donation the town of Höxter and its citizens accepted the duty to commemorate the former jewish citizens, especially all those who were murdered in the concentration camps of the Third Reich.

For about four hundred years the Jews in Höxter had been treated as citizens with limited rights. Only in the 19th century were they gradually granted equal rights. As buisnessmen, cattle-dealers, veterinarians and doctors were they recognized equally by their protestant and catholic fellow citizens. Even today some aged people remember the Department Store Löwenstein, Dr. Frankenberg or the cattle-dealers Dillenberg.

However, everything changed in 1933. Since the Jews in Germany were more and more oppressed, many of them fled to Palestine, South America, the USA or other countries. Among those were Jacob Pins and his brother Rudy. The 46 Jews that remained in Höxter in 1941/42 were deported to Riga, Warschau and Theresienstadt, others were taken to Auschwitz, Sobibor and Treblinka. Only one of the deported Jews survived the holocaust.

Jacob Pins’ donation consists of avout 80 paintings, more than 470 woodcuts and numerous watercolours and drawings. In order to make the works of art accessible to the public, the Jacob Pins Society was founded in 2003. Its members considered the Adelshof to be the most suitable place for the exhibition. The restoration of the Renaissance building was planned and supervised by the architect Cornelia Lange.

The history of the Adelshof goes back into the 13th century. A huge part of the original building has remained, after certain alterations had taken place in the 16th and 17th centuries.

It took a long time and needed many efforts until the restoration could begin. More than one million Euro were necessary to carry out the Adelshof plans and to restore those parts of the building that were meant to house the exhibition. (Huge part of the Adelshof should be mad into apartments). The NRW-Project provided 700,000 Euro under the condition that the Jacob Pins Society would be able to raise 300,000 Euro. Thanks to the generous donations of the citizens of Höxter this amount could be raised within a few months. Another 200,000 Euro came from the lottery money of the NRW-Foundation. A dream had become true, and the symbolic foundation stone was laid in May 2005 in the presence of minister Michael Vesper.

Almost two years after the restoration, the official opening of the Forum Jacob Pins took place on April 4th and 5th, 2008. Among the guests were Elsa Pins, Jacob Pins’ widow who came from Israel together with her cousin Margot and children. Jacob Pins’ brother Rudy came from New York, Luis Frankenberg from Brazil. Besides those there were many guests from Germany.